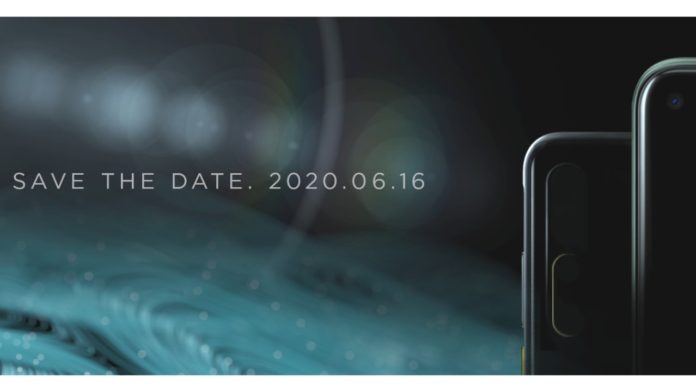 HTC is launching a new smartphone Desire 20 Pro. The official poster on the community page of HTC has confirmed the launch date of the upcoming HTC smartphone. As per the banner, the HTC will launch the new Desire 20 Pro on 16th June.

Essential details regarding HTC Desire 20 Pro have been surfaced earlier on various tech sites. So we pretty much know a few relevant hardware of this phone. HTC Desire 20 Pro will be a mid range smartphone from HTC.

Earlier the specifications of the Desire 20 Pro were confirmed by Google Play Console. The upcoming HTC Desire 20 Pro will run on Qualcomm’s mid range processor Snapdragon 665 with Adreno 610 GPU. As far as display is concerned, it will feature a 6.65 inch Full HD Plus display with a punch hole type design. The display panel will have a 1080×2340 resolution and screen density of 400 PPI.

As per the report from XDA, HTC Desire will have 6GB of RAM. As of now, no details regarding its storage is available. The phone will run Android 10.0, and This will be HTC’s first smartphone to come with Android 10 preinstalled. HTC 20 Pro will have a four rear camera setup along with a flash at the back. The fingerprint sensor is present on the back side of the phone.

The phone will have a slim profile, and a premium look is expected from the brand. Talking about connectivity the HTC Desire 20 Pro has Bluetooth 5.0 and dual band WiFi connectivity support.