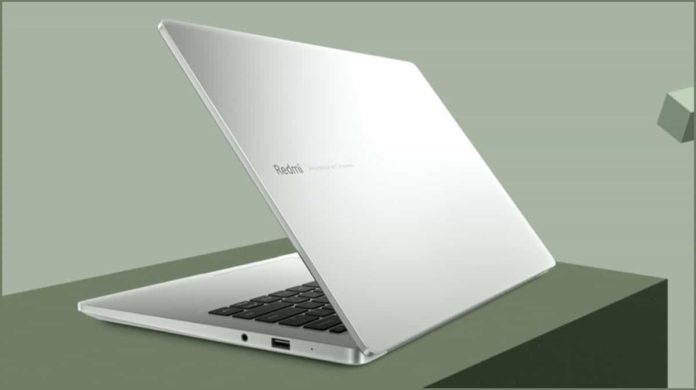 Xiaomi is well known for its budget-oriented smartphones so far, and now Xiaomi is planning to launch its new Redmi Book 14 into India. As per the latest reports from Slashleaks, Xiaomi might launch the new laptop next month. Also, Xiaomi India Head Manu Kumar Jain has done an online meeting with its retailers regarding Xiaomi’s upcoming products.

The upcoming laptop was recently launched in China with the pricing of RMB 3,999, which would be INR 42,720. Laptop brands like Apple, Lenovo, Dell, and HP have a solid user base in India. Aggressive pricing for upcoming Redmi Laptops is expected from Xiaomi.

The unibody metal design and the unique textures seems to be inspired by Apple’s Macbook Air. The basic model of Redmi Book comes with 8GB RAM along with a storage space of 256GB SSD powered by Intel Core i5 Processor. There is support for graphics from Nvidia MX250, which is enough for casual gaming on the Redmi Book.

The weight of the Redmi Book is 1.5Kg with a 14-inch display. The laptop comes with Windows 10 OS along with MS-Office pre-installed. The Redmi Book is also designed in a way to deliver on-the-go performance with the help of a modern standby power system.

Due to the built-in cooling system, the Xiaomi laptop is expected to give around 10 hour long battery life. Redmi book comes in two variants, one is of Core i5 with 8GB RAM and 256GB SSD which would be priced at around INR 48,000. Whereas the Core i7 model comes with 8GB RAM and 512 GB SSD storage. The official news about launch date has not yet been confirmed by Xiaomi, and as per reports, it is expected to launch by June.

Xiaomi has always been the brand in bringing out efficient gadgets at budget level and the launch of Redmi Book might give a tough competition to other laptop brands. We are waiting for an official announcement from Xiaomi in the coming days.