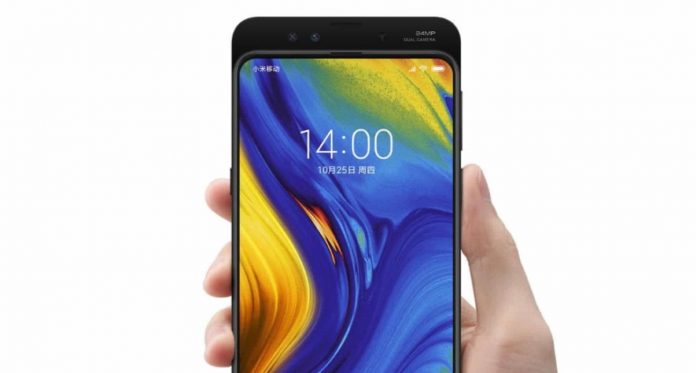 It was Xiaomi who started the bezel-less display trend with Mi Mix back in 2016. Xiaomi Mix series changed the perception of people towards the brand. And keeping this thing in mind Xiaomi is gearing up to release new flagship smartphone Mi Mix 3 in China today.

After the successful run of the previous generation of smartphones like Mi Mix 2 and Mix 2S fans have huge expectations from the new phone. Bezel-less sliding display, front dual camera’s and 5G Network Support are few new highlight features of upcoming Mi Mix 3.

The launch event will start at 11:30am IST. You can head over to official Xiaomi Mi Mix 3 Launch Event and watch the live stream. Click Here

Xiaomi Mi Mix 3 will be a mid-range flagship smartphone. As per recently leaked information, it will be priced at around 600$ which translates to 43,000 in INR. Previous Mi Mix 2 received mixed responses from Indian users so there are chances that Xiaomi could release this phone at cheaper price tag in India compared to the global market price.

The new flagship smartphones Mi Mix 3 will be Xiaomi’s most innovative phone till the date. The major noticeable change of the Mix 3 will be its sliding display.

Mi Mix 3 could sport a 6.4″ inch Full HD Plus super AMOLED display with up to 99% screen to body ratio. It will run on a Qualcomm Snapdragon 845 octa-core processor along with 6/8GB RAM & 128/256GB of internal storage. The internal storage will be expandable up to 512GB via an external Micro SD Card. There are some reports which suggests that Xiaomi could release a special edition phone with 10GB RAM and 256GB of storage.

The phone will be powered by a non-removable battery with Type-C Reversible USB Port which will support 18W fast battery charging. As far as software is concerned Mi Mix 3 will run on Android Pie 9.0 and MIUI User Interface on top of it. This will be Xiaomi’s first which will support 5G network connectivity.

Stay Tuned With Us, We’ll soon spdate other important information regarding this smartphone on our site.