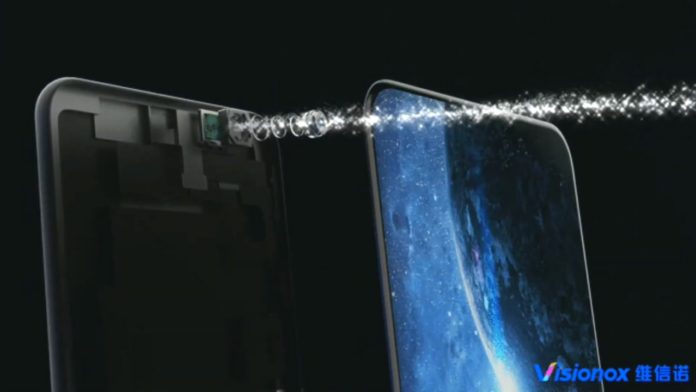 Visionox, the OLED display manufacturer from China, has announced its first Under Display Camera mass-producible solution. With the new technology, Visionox has managed to improve the under-display camera performance by using state of the art technologies.

Visionox has named this technology as InV see. This new technology uses transparent OLED, New driver circuits, and advanced pixel structures. It achieves a better balance between the display light and screen transparency, which directly improves the quality of the front camera and full display screen experience.

Talking about the display, The engineers have used organic and inorganic film materials that have higher transparency and light permeability to ensure an intuitive experience. To further improve the screen experience, they have added the industry first drive circuit and pixel design structure to avoid interference of the drive circuit on the sensor and subdues the display of the transparent area.

Talking about the display, Visionox has uniquely revamped the pixel arrangements, and It reduced the difference of transparency and resolution from the primary and secondary display areas. With the application of new OLED devices, the color gamut, brightness, and viewing angles of the entire screen are improved in a uniformed manner.

In the upcoming days, we might see Visionox technology in various devices. Brands like Xiaomi, Oppo, Samsung, LG, and Vivo have shown the prototypes of transparent display and under-display camera technology across multiple tech events. The technology might come to smartphones by the first quarter of 2021.