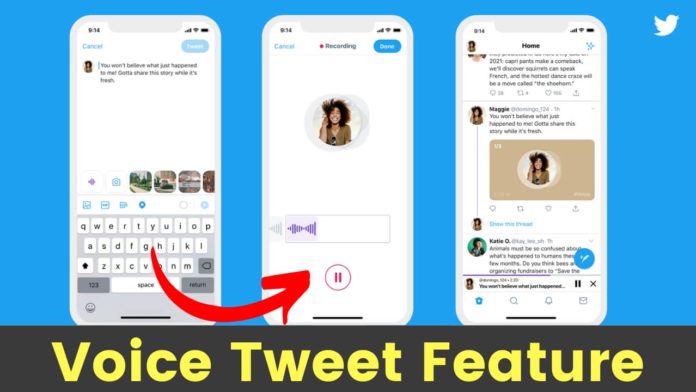 Twitter has been the most trending social networking app that has been dominating the world of social media for many years. No matter how many new social media platforms launched or social media features are rolled out, Twitter hasn’t lost its vigor.

Instead, Twitter has been accommodating as many people as possible in the world to use the app. The ease of usage, the presence of authentic and trending news, has become the selling point for the app. From the stage of mere social media app, Twitter has grown to the stage of the responsible platform used by the governments to pass information.

Tweets with audio are rolling out on iOS and we only have one thing to say about it pic.twitter.com/CZvQC1fo1W

There are governments in many countries that have official twitter handle to take action on any important problems. It is really a huge change over to see how twitter was used in the past and how it is used now. There is more number of users now for the twitter who are aware of tweeting and retweeting on it.

Twitter allows up to 140 seconds of audio in a single voice tweet, similar to the 140 words limit for text tweets. Anyhow, if your voice tweet exceeds 140 seconds, the tweets are divided into parts. We see the same with the text tweets after crossing the limit of 140 words. This voice tweet feature has been rolled out for a selected number of users on iOS, and it may soon be rolled out for other iOS users very soon.