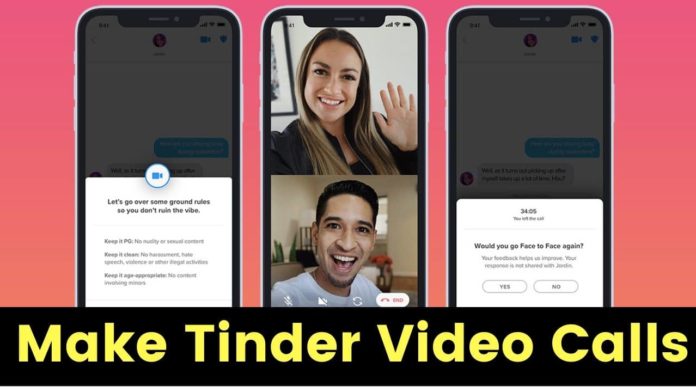 Tinder is the leading online dating app service famous across the world with millions of users. Tinder is adding a lot of features to their dating service to increase its user base and number of subscriptions. In the last quarter, Tinder has increased its number of users to 6.0 Million from 5.9 Million.

The 100,000 increase of users is for the additional features rather than the direct subscription feature. Recently, Tinder has announced a new feature where users can date through video chat. This feature is going to be introduced for users in the US of Virginia, Illinois, Colorado, Georgia, and those in other countries such as Australia, France, Italy, Vietnam, Spain, and Brazil.

This announcement was made as a part of Q1  2020 earnings in order to develop their dating service amidst Corona Virus Pandemic. With the existing restrictions of social distancing and government regulations, dating services are greatly affected. Tinder’s new video chat option as a toggle option for a chat between two people who are matched. Anyhow, the users won’t be notified about the video toggle option, unless both are ready to talk on video.

Tinder has also stated that the video chats should stay strictly PG, which means there is no place for nudity or sexual content. This measure from Tinder is also to counter any sexual harassment or violence in the name of dating. While asked about how would be video chats are monitored, Tinder told them they have an automated interface to detect any unusual behaviour.

The recent announcement of Tinder comes its Rival Bumble is already offering one year of the video chat option for free. At the same time, Facebook has also promised to offer a video option for Facebook dating users. Tinder seems to catch the trend in their own way considering their large user base.