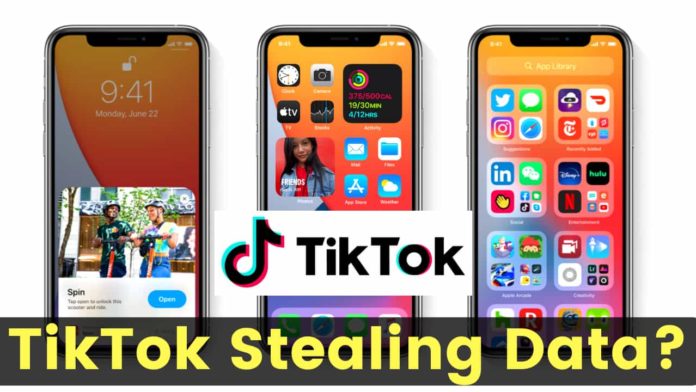 This week Apple announced its new iOS 14 software update at its WWDC event. The new software update was criticized for its widgets, but at the same time, many tech enthusiasts and app developers appreciated Apple’s efforts for Privacy.

As per the recent report covered by The Telegraph, it has been found that Tiktok is accessing phone Clipboard data. On every 1-3 keystroke, Tiktok is accessing the user’s data. This has raised privacy concerns among users. This new issue has backfired on TikTok and various users have shared their opinions on Twitter.

Okay so TikTok is grabbing the contents of my clipboard every 1-3 keystrokes. iOS 14 is snitching on it with the new paste notification pic.twitter.com/OSXP43t5SZ

This was detected way back in March, but at that time, Tiktok had said that they would solve this in a few weeks. It’s been more than three months, and Tiktok did nothing.

Hey @tiktok_us, why do you paste from my clipboard every time I type a LETTER in your comment box? Shout out to iOS 14 for shining a light on this HUGE invasion of privacy. inb4 they say it was a "bug" pic.twitter.com/MHv10PmzZS

Tiktok officials have rectified the issue and clarified that this access was enabled in ordered to identify repetitive and spammy behavior. And they now submitted the new update to the App Store by removing the Anti Spam feature to eliminate the current confusion.

Well, this is not the first time Tiktok has faced anything like this. Tiktok has always been a concern for Safety and Privacy.