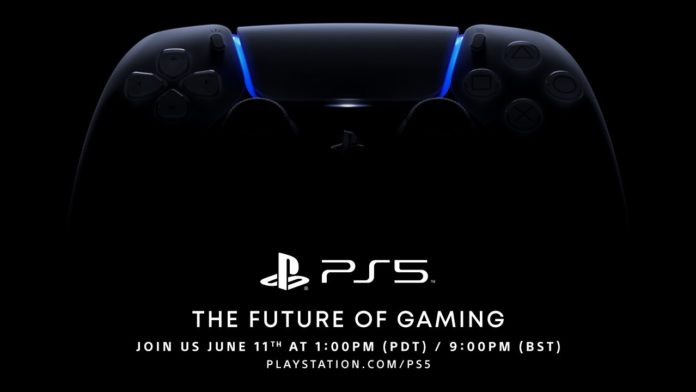 Sony’s Playstation future of Gaming event has finally got a date which would be premiered globally. The future of Gaming would give a look at Sony’s new set of games that are scheduled for release on PS5.

An advertisement was leaked on twitch along with the launch date by Sony Playstation. Now Sony has officially announced the launch date on its twitter handle. This launch was supposed to be launched on June 4th but was postponed due to the protests of ‘Black lives matter’. Sony has announced the postponement of the event to express their support for the cause.

The launch event is held on 11th June, It will begin at 1 pm PDT / 9 pm BST / 10 pm CEST. You can watch this Future of Gaming PS5 live on the official youtube channel of Playstation. Sony also stated, there would be more details rolled out soon. We can expect a complete announcement by Sony before the launch day.

It is highly likely that games like Spiderman PS5, Horizon Zero Dawn 2 would get an announcement date, pricing, and more details in the launch event.

The buzz around PS5 games launch has been coming from a couple of months with many speculations and leaked information. There were discussions about the hardware, software build, interface, latest features, and much more information. It is only from the past few weeks, the talks about the official launch event have been doing rounds.

At a stage, there is a heat of competition between the rival Xbox and the PS5 and discussion about the technologies being used. Anyhow, this upcoming event is about the reveal of gaming titles on PS 5 in the coming days, which means there will be more such events. The series of events lead to the main launch event of the PS5.