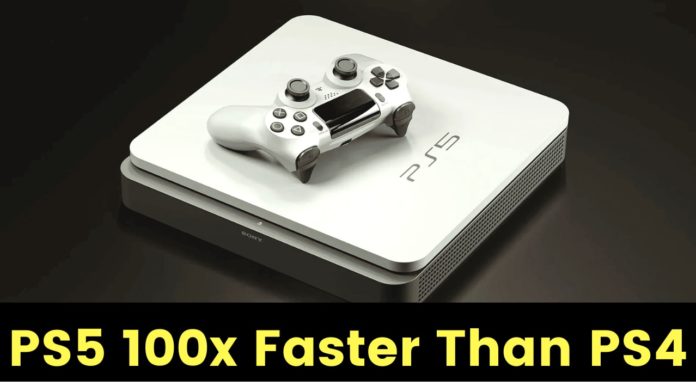 Sony’s next-generation gaming console, PS5 is already making news about its latest technology. Already, by now, many features in the PS5 has been revealed by Sony so far. Previously, a comparison was drawn between PS5 and Xbox X series in terms of their support to the Unreal Engine of Epic games.

In recent claims, Sony stated that PS5 is faster than PS4 due to the latest SSD technology. Sony has employed an SSD hard drive for its PS5 as a significant upgrade from PS4. During a Corporate strategy meeting, Sony made this statement when asked about the speed of PS5 in comparison with PS4. Sony CEO further added that PS5 has a custom build SSD, and it would be far faster than its rival Xbox X series.

Anyhow, no matter how fast is the SSD speed in PS5, the developed games need to be having lesser rates of loading. Sony expressed that they would be expecting games designed in such a way to support the speed along with resolution.

PS5 also showed what is its custom made SSD technology is capable of by demonstrating Demo of Spiderman game in comparison with a PS4 game. SSD is destined to decrease the load times, which has been an increasing problem with games these days. The short demo with Epic games, in collaboration with PS5, also yielded positive results.

Yet, Sony seems to have won only once against the Xbox X series in terms of SSD speed. There are many other areas such as GPU, CPU clock speed, where Xbox wins it against the PS5. We will have to wait and see for more reveals by sony about their new PS5, which might give a tough fight for Xbox. The expected launch of PS5 is in June, and we could be seeing the realtime experience of sony.