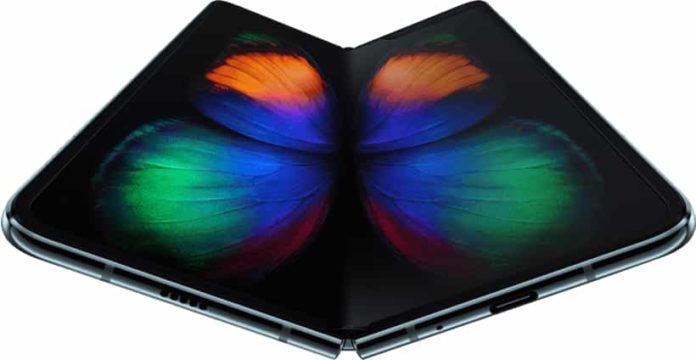 I have some info on the Galaxy Fold Lite.

-Galaxy Fold Lite 4G
-256GB storage
-Mirror Black, Mirror Purple
-Display has no UTG
-Will be equipped with a mix of 2018/19/20 parts
-outside will probably have a smaller display (not like on Fold, but more like the Z Flip)

Talking about the specifications, the Galaxy Fold Lite would come with 4G Connectivity. The phone will run on Qualcomm’s Processor Snapdragon 865. The new flagship Snapdragon 865 SoC does support 5G, but still, Samsung is going with 4G for Galaxy Fold Lite. It will have 256GB of onboard storage. This phone would come with Mirror Black and Mirror Purple color variants.

The phone will have a smaller display with an Aluminium frame and glass body design. The smaller screen confirms that it will have Flip Type design just like the Galaxy Flip Z. The Fold Lite will feature older parts from the year 2018, 2019, and 2020. Older parts would be helpful in order to cut the cost of this phone.

As far as pricing is concerned, the Galaxy Flip Lite will come at a starting price of around $ 1099 (Roughly 82,700 INR). At this price point, this new phone will be the cheapest foldable display smartphone from a premium manufacturer like Samsung. In the coming days, Samsung’s loyal flagship phone buyers will consider buying Galaxy Flip Lite instead of Samsung S20 Plus and the upcoming Samsung Note 20. Samsung could launch the new Galaxy Flip Lite in July.

Weinbach asserts to take this information as a rumor, but he still believes it to be accurate and real. He has also confirmed that Winner 2 is the codename of the upcoming flagship smartphone Galaxy Fold 2. We always hope that Samsung might bring some robust design and a scratch-proof foldable display on the next Galaxy Fold 2.