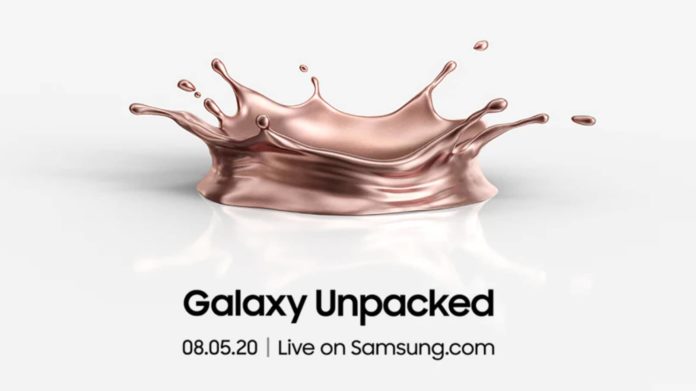 Samsung has officially announced the dates for Samsung Galaxy Unpacked event. Samsung has published a dedicated page for the event on its official website. The launch event is one of the most awaited events of the year.

The event is scheduled for August 5 at 07:30 PM IST. You can watch the launch event live stream on the official website of Samsung. It is expected that Samsung will launch Galaxy Note 20, Galaxy Note 20 Ultra and Galaxy Flip Z 5G at the Galaxy Unpacked event.

Galaxy Note 20 Series smartphones are considered as one of the best flagship phones from Samsung. Fans have huge expectations from the upcoming Note 20 Series phones. In the past few weeks, various reports have surfaced online.

Note 20 Series phones will feature similar camera setup. Depending upon the market, Snapdragon 865+ or Exynos 992 will be present on the upcoming Note 20 Series phones. Up to 16GB of RAM and 512GB of Internal Storage is expected on these phones. As of now, we don’t have much information available on the Battery capacity of the phones.