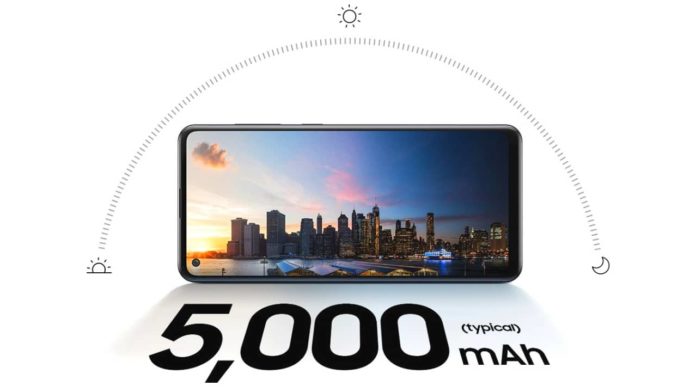 In terms of looks, The Galaxy A21s has a premium design. The phone features an L Shaped camera setup on the backside of the phone. 5000mAh of battery, Quad Camera setup and Exynos 850 SoC are the highlighted features of the Galaxy A21s.

Samsung Galaxy A21s is available in two RAM variants. The first 4GB RAM variant is available for Rs. 16,499 and the second 6GB RAM model will cost you around Rs. 18,499. Both models are equipped with 64GB of internal storage.

The phone will be available on Flipkart and Samsung official website starting from today. The phone can be purchased offline via Samsung Retailers and Samsung stores.

Samsung Galaxy A21s has a 6.5 inch HD Plus display along with Punch Hole type screen design. It has 20:9 aspect ratio and 270ppi density. The phone runs on Android 10 and One UI 2.1 on top of it.

Samsung’s in house processor Exynos 850 powers the Galaxy A21s. It is powered by a 5000mAh of battery which supports 15W of fast charging.

Talking about Smartphone photography, It has four-camera setup on the back. The primary sensor is 48 megapixel with f/2.0 aperture. The second sensor is an ultra-wide lens of 8 megapixel. The third and fourth sensors are of 2 megapixel, which are useful for Macro and Depth type of shots. These sensors can shoot 1080p Full HD videos at 30fps.

On the front side, it has a single 13-megapixel sensor with an f/2.0 aperture. The phone has a 3.5mm audio jack along with Type C USB port. It has Bluetooth 5.0, GPS and WiFi 802.11. For additional security, it has a fingerprint sensor on the backside of the phone.