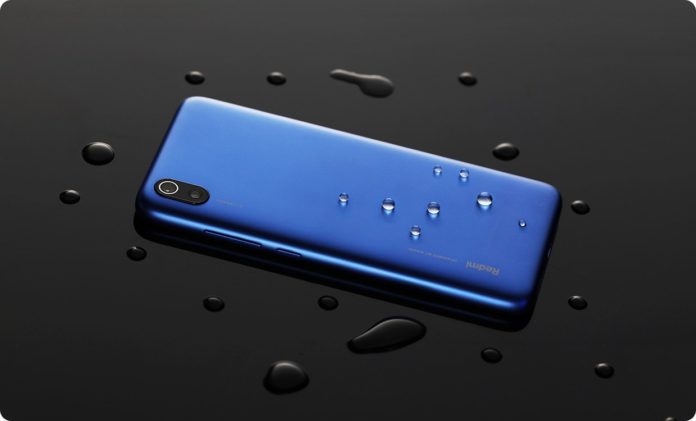 Redmi, one of the top-selling smartphone brand of India, announced a new budget smartphone today at an Online Launch Event. After the humongous success of Redmi 5A and Redmi 6A in India, Redmi has announced Redmi 7A smartphone. This time with Redmi 7A, the brand is offering a two-year brand warranty.

The new Redmi 7A is an upgraded version of Redmi 6A with better camera sensor and design. Redmi 7A features a splash-proof nano-coating. Talking about the display, It has 5.45 inch HD Plus IPS LCD Display with an aspect ratio of 18:9.

As far as the performance is concerned, the smartphone runs on Qualcomm Snapdragon 439 Octa-Core processor along with Adreno 505 GPU for Gaming and Multitasking. It comes with two storage variants 16GB and 32GB both the variants has 2GB RAM which is sufficient for normal usage. For additional storage requirement, you can expand its storage up to 256GB via external micro SD Card.

To improve the photography experience Redmi 7A sports a single 12-megapixel Sony IMX 486 Sensor on the back. On the front side, it has 5-Megapixel AI Selfie camera with an f/2.2 aperture. You can shoot up to Full HD 1080p Videos at 30fps.

Redmi 7A runs on MIUI 10 which is based on Android 9.0 Pie. A 4000mAh battery powers the new 7A. For connectivity, it has WiFi 802.11, Bluetooth 4.2, micro USB 2.0 and FM Radio with Inbuilt Antenna. It is available in three colour variants Matte Black, Matte Blue and Matte Gold.

Talking about the pricing, The base 16GB Model is priced at 5799 INR whereas the 32GB model will cost you around 5999 INR. You can purchase this smartphone Online from Flipkart and Mi.Com. The first sell is held on 11th July.