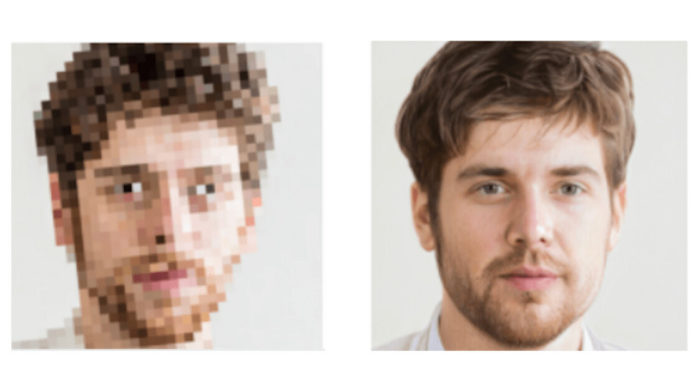 Getting blurry snaps is most common even for a great photographer, and reasons for that would be many. Coming to mediocre photographers, the rate of blurry images would be very high. There is an AI tool that would turn you blurry snaps into HD pictures by correcting the pixels and the overall snap quality.

This AI tool gives an HD makeover for your average portrait pictures. This AI tool was developed from a group of researchers from Duke University. This Tool would search for HD images. That is generated through AI until the images match with the blurry input image.

The Tool uses a technology called Generative Adversarial Networks (GANs), through which new pictures are generated. This technology works by pitting two neural networks against each other. Two of the networks work in tandem by checking new images and also at the same time comparing the new look.

As per the team who developed this Tool, a good number of pixels are converted into realistic faces with a resolution, which is 64 times the original photo. The team also added that the AI tool would be used to create HD images of microscopic images and satellite images. The results that generated true HD pics were considered as one of the finest HD pics any tool has produced ever so far.

Anyhow, real-time checking of the results turned out to be generated HD pics, which look a bit different than your original face. An original pic was blurred to test the tools’ AI efficiency and was uploaded. It has generated HD pics, which has gave a lot of betterment in the blurred face. Anyhow, the Tool gave some extra HD touch, that would make you look like one of your cousins.

You can also give a try on how your blurry face might look after using the Tool from the team’s website – http://pulse.cs.duke.edu.