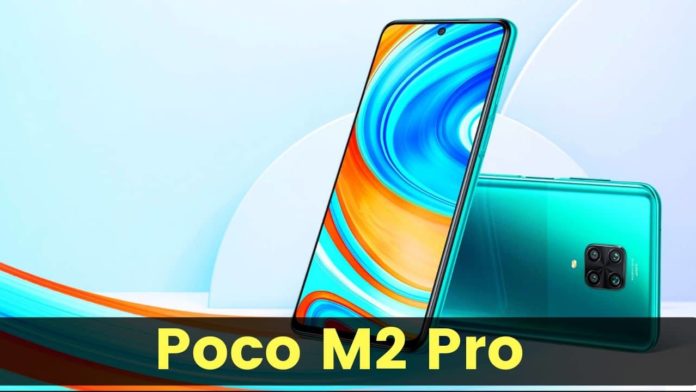 Poco India has announced the launch date of their upcoming smartphone Poco M2 Pro. The new mid-range smartphone from the Chinese brand will debut on July 7 in India.

Poco shared the details on its official social media account. The brands next phone Poco M2 Pro will be the first phone under new M Series after X and F Series.

Companies last smartphone Poco X2 received positive reviews in India. Currently, the phone is considered as one of the best phones under Rs. 20,000 in India. The upcoming Poco M2 Pro will be a mid-range phone, and we expect a similar price tag for M2 Pro as well.

As per the Twitter post, we can confirm that the upcoming Poco M2 Pro will be a Flipkart exclusive smartphone. The digital poster shows us four-camera setup on the backside of the phone. Feel The Surge Tagline is related with the Super Fast Battery Charging technology, which will be one of the main highlighted features on the phone.

For all those who were on the edge of their seat. It's time to #FeelTheSurge with the #POCOM2Pro.

Flipkart India has created a dedicated page for the Poco M2 Pro. More details regarding the phones will be updated on this page in the coming days.

If we go by the earlier reports, it is being speculated the upcoming Poco M2 Pro could be a rebranded Redmi Note 9 Pro (Global Variant). Poco M2 Pro is rumoured to sport Snapdragon 720G processor from Qualcomm. Redmi Note 9 Pro runs on this processor, and It is a mid-range processor which offers impressive performance.

In terms of photography, It is expected to have a quad-camera setup; The primary sensor would be a 64-megapixel sensor. It will run on Android 10 OS. You can expect a 4000+ mAh of battery on this phone.

Poco will share more details about the smartphone in the coming days. Till then, you can check out their social media accounts.