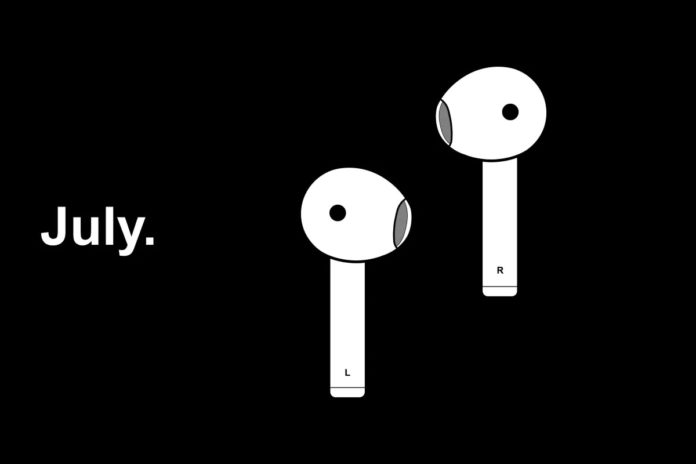 True wireless earbuds are the latest trend every smartphone making company is trying to follow. Recent reports state that OnePlus is working on its newest wireless earbuds. The launch of the earbuds may happen along with the start of the OnePlus Z smartphone.

The design is likely to resemble apple air pods as per recent reports. Also, there is a piece of information about the name of the new OnePlus Earpods. It is likely to be named as ‘OnePlus Buds’. Regarding the same, an image was shared about the looks and design of the earbuds.

A prominent leaker Max J has tipped the information of upcoming earbuds from Oneplus. The tweet by Max J has a rough sketch of the earbuds very close to Apple’s earbuds. Notably, the earphones have a simple design with an oval shape and are accommodated in a box.

The Earpods are kept in the box for charging, and the charging status can be known with the color indication on the box. The circular dome of the earphones houses IR sensor and audio drivers along with an indicator LED to show the status, whether in working or in idle. This feature was already included in OnePlus Bullets, which released previously in their wireless Bluetooth earphones segment.

The complete features, colors, specifications, pricing details are not yet known. OnePlus would be stepping into the list of smartphone makers in making TrueWireless Earbuds. Bluetooth technology in earphones got revolutionized by Apple’s earbuds. Many companies started to get inspired by that model to offer what customers are expecting.

Anyhow, there is a slight chance of these earphones to get released in July as per reports. We will have to wait and see how would OnePlus compete with other TrueWireless earbud makers. Let us see if they can outnumber others as they are doing it with their OnePlus Flagship models.