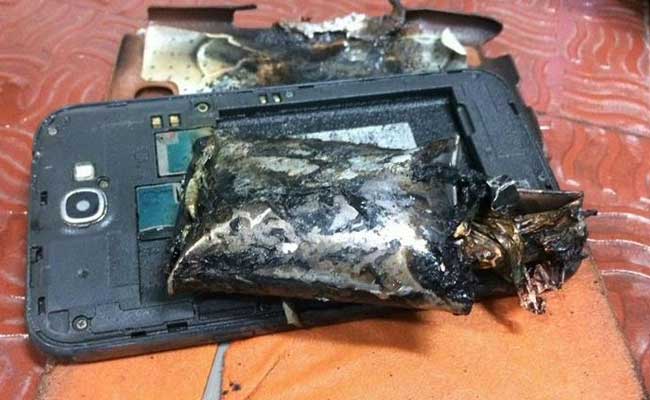 The worst nightmare for Samsung there another phone Note 2 catches fire. The incident happened in IndiGo’s flight (flight no. 6E-054) which was travelling from Singapore to Chennai. It was confirmed by Directorate General of Civil Aviation (DGCA) official.

Well, no one was harmed due to the incident as IndiGo crew handled the situation smoothly.
Still, we don’t know the main reason why it got sparks and some smoke in Flight. The phone is now being tested by their testing department. And soon we will come to know the reason of the fire and smoke of the Note 2.

It is shame on Samsung that they are delivering such a low-quality product. As we already know the failure of their Note 7 flagship model. After this news, Samsung should check their previous Note Series models also.

Samsung did covered their side and recalled all their Note 7 models. Samsung is handling these serious problems very well. After being asked by DGCA on of the Samsung spokesperson said that, “We are aware of an incident involving one of our devices. We are in touch with relevant authorities to gather more information, and are looking into the matter.”

Samsung lovers take following few precautions to avoid anything like this:
Use original charger for your Samsung smartphones.
Avoid over charging of your phone.
Charge your phone up to 60-70 % only don’t go further just for the sake of more battery life.
Use Original batteries.
And main KEEP YOUR PHONE SWITCHED OFF WHILE TRAVELLING IN FLIGHTS.

Redmi Note 9 To Launch in India on 20th July

Redmi Note 9 To Launch in India on 20th July

Tinder Starts Testing Video Chat option for users in US and...