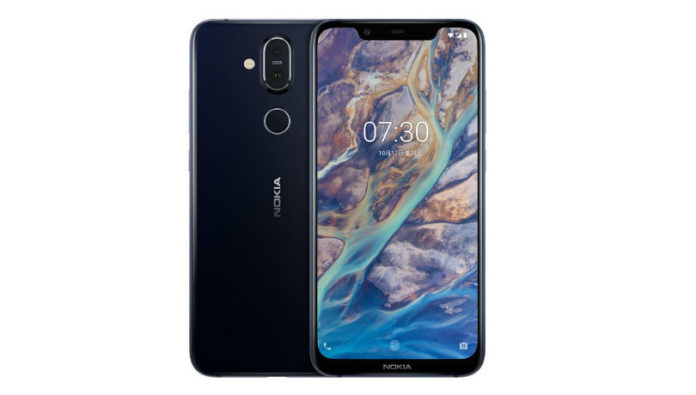 Nokia has been one of the most trusted brands in the world for a long time. However, the brand is still lagging behind Chinese smartphones brands in the market. This year we saw some powerful smartphones from Nokia, Phones like Nokia 5.1 Plus, 6.1 Plus and 7.1 Plus were appreciated by users across the world.

As per the new report, the recently debuted smartphone Nokia X7 is coming to India soon. After China, India is the second market where this smartphone is getting released. HMD Global will release this smartphone as Nokia 8.1 for India and other markets.

Earlier reports suggested that this phone was expected to arrive at the end of 2018 in India. However, the latest stories are different, HMD Global could release this smartphone on 28 November in India. It is expected to be a global launch event.
It could be priced at around 20,999 to 23,999 INR. At this price tag, it will compete with current best mid-range smartphones like Honor Play and Poco F1.

As said earlier Nokia 8.1 would be a renamed version of Nokia X7 so most probably the hardware will be same. Nokia 8.1 will have a 6.18-inch Full HD+ display with an aspect ratio of 18.7:9. It will be powered by Qualcomm’s mid-range octa-core processor Snapdragon 710 octa-core processor clocked at 2.2GHz. You can expect 4/6GB of RAM and 64/128GB of storage which can be further expandable up to 400GB via Micro SD card.

The Nokia 8.1 will have dual rear camera setup on the back with the primary camera of 12-megapixel and secondary sensor of 13-megapixel with the support of Optical Image Stabilisation and AI technology. For selfie lovers, Nokia 8.1 will have a 20-megapixel front camera sensor with f/2.0 aperture. Due to Snapdragon 710 processor, you will able to record 2160p videos at 30fps.

As far as software is concerned Nokia 8.1 could come with Android 8.1 Oreo, The smartphone will be eligible for Android P 9.0 and Android 10.0 Q as well. It could have 3500mAh battery which will support 18W fast battery charging technology.