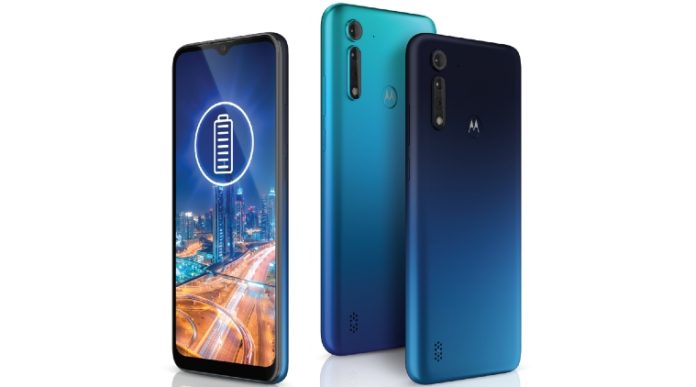 Motorola is extending its ‘G’ series with numerous successor models, which has made it as the flagship model for Moto. They have launched many models in the mid-range between 10k to 15k along with some affordable budget phones under 10k. After a long time first, Moto has launched a powerful phone at an affordable price without compromising on specifications.

Motorola globally announced Moto G8 Power Lite in April, and yesterday they launched this phone in India. Its a new budget phone from Moto which will be sold online via Flipkart.

Moto G8 Power Lite is powered by Helio P35 SoC processor with 4 GB RAM and 64 GB internal storage. The massive 5,000 mAh battery helps to run the phone for a more extended time. Interestingly this latest Moto phone comes with an Android Pie OS with almost near to stock Android experience.

For photography on the back, it has a Triple-camera setup with the combination of 16 MP + 2 MP + 2 MP and a selfie camera setup of 8 MP for taking selfies and making video calls. Also, there is a 5% cashback if a customer buys this phone through Axis bank credit card. There are also several EMI plans as per the credit card you have.

The compelling price tag and the standard specifications will surely bring this phone in competition with other phones such as Redmi and Realme in this segment.