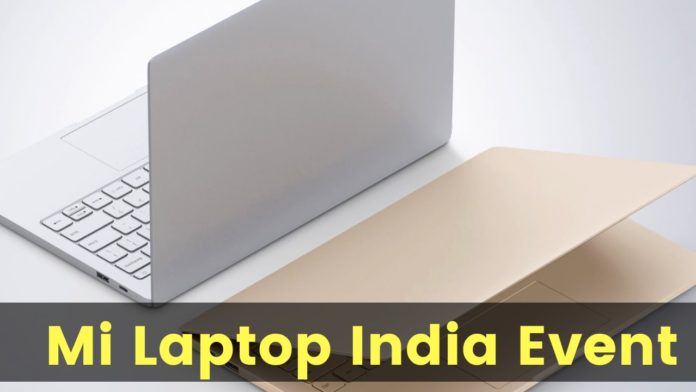 Xiaomi is finally launching its new Mi Notebook today in India, to debut their chances in Laptop business. The launch event is going live today at 12 PM, which can be seen through Xioami’s Youtube channel and other social media channels.

Initially, there were rumours that the upcoming model of Mi laptop is the rebranded version of Redmibook 14 in China. But all of it was ruled out by the official launch of the product in India. This is the right time for Xioami to enter into the arena of laptops, as almost everyone is working from home.

It is expected to continue at least for a few months, and the need for laptops has hiked during this period. As Xiaomi did with the smartphone market, the Mi Notebook is going to compete with brands like HP, Dell, Lenovo, and Asus. We might expect similar kind of aggressive pricing from Redmi as they did with their Mi phone.

Initially, Mi has teased about their upcoming single variant Laptop. But while considering some of the tweets posted by the Xiaomi India Head, we can see there are multiple variants going to be launched. There are also speculations from other sources that Mi notebook might be launched in different variants of RAM sizes and processors.

As per the teaser video revealed, the Mi Notebook is claimed to have 12-hour long battery life. In another teaser video belonging to the Horizon display of the laptop, it was claimed by Xioami that Mi Notebook is going to have the highest screen to body ratio. The presence of SSD was also teased, which would increase faster performance and transfer rate. Also, the keyboard of the notebook seems to be very similar to that of Macbook, along with a touch bar. We have to wait for the launch event to go live for more exciting reveals.