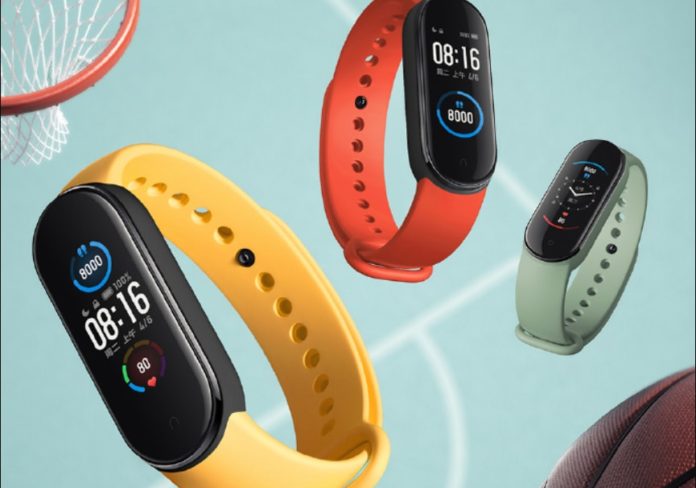 Mi Band 5 is set to launch on 11th June in China, As the launch date is close and Xiaomi is teasing various features of the brand. Yesterday we shared the launch date and colour variants details of the Mi Band 5.

Competitor brands offering fitness brands at similar price lacks the magnetic charging feature. Apart from charging the upcoming band will offer fast charging support or not is still not yet known. 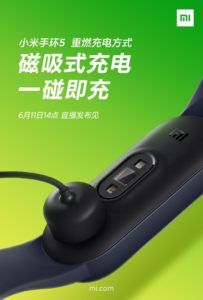 Talking about the design Mi band 5 will have a similar design as of Mi Band 4. Xiaomi will launch Mi Band 5 in four new colour variants that are Yellow, Red, Green and Black. Apart from design, the band will support NFC Feature for international variants as well. NFC Feature will come in handy for Mi Pay.

It is confirmed that the upcoming Mi Band 5 will support the virtual AI Assistant Alexa. Alexa integration will voice assist feature the band. This band will have SpO2, which will track your blood oxygen saturation. To improve your activity experience Xiaomi has added five new activity modes that are Elliptical Machine, Yoga, Skipping Rope, Indoor Bicycle and Rowing Machine. Total 11 activity modes will be available on Mi Band 5.

Pricing details about the upcoming Mi Band 5 are still not available. The launch event is set on 11th June, The event will begin in the noon. Xiaomi might share some more information about the Mi Band 5 in the next few hours to in order to generate some hype.