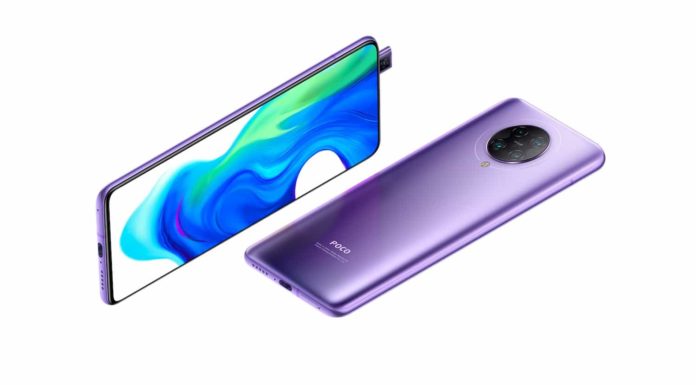 Poco F2 Pro features a Quad Camera Setup, Corning Gorilla Glass 5 Protection, and a 20 Megapixel Pop Up Camera on the top. Apart from this, the main attraction of this new smartphone is its cooling technology, Poco officials have confirmed due to the newly implemented Liquid Cool Technology 2.0 the smartphone performance has been improved.

Qualcomm’s latest flagship processor Snapdragon 865 Powers the phone. The phone is available in 6GB and 8GB LPDDR5 Ram variants. 6GB variant has a UFS 3.1 128GB Storage, and 8GB Model comes with 256GB of UFS 3.1 storage, Sadly the new phone does not have any external memory card slot, which was present on the previous phone. On the positive side, the phone has 3.5mm Audio Jack.

Keeping the hunger of media consumption in mind, Poco F2 Pro has a 6.67-inch Full HD Plus display with Super AMOLED Panel and HDR 10+ Support. The smartphone has Corning Gorilla Glass 5 Protection on both sides of the phone. The phone runs on MIUI based on Android 10. For connectivity WiFi 6, Bluetooth 5.1, Infrared, NFC and FM Radio is present. 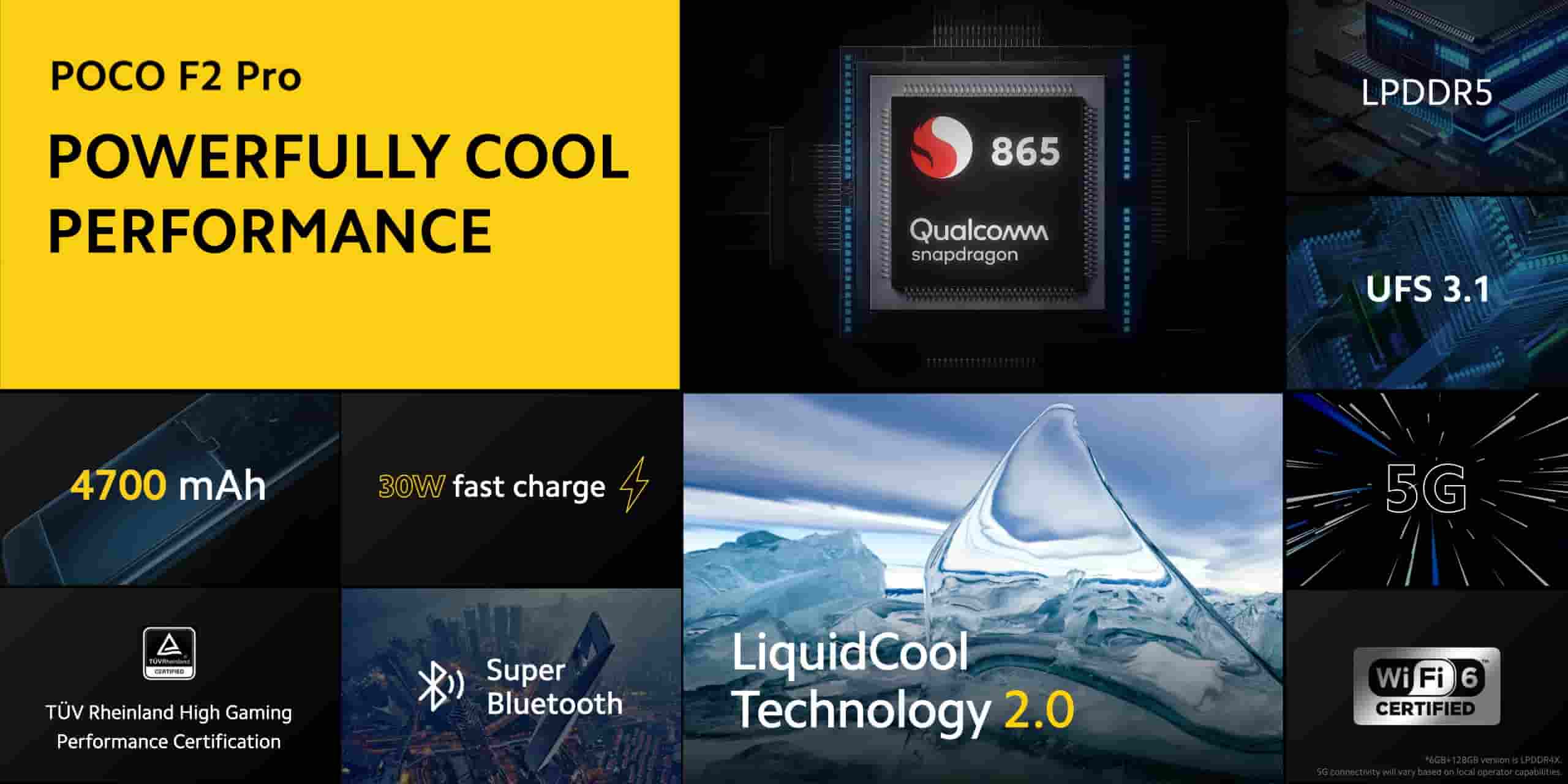 To improve the smartphone photography experience, Poco has added Quad Camera Setup on the back of the phone. The primary sensor on this phone is 64-megapixel Sony IMX686 Sensor; The second 13-megapixel sensor is an Ultra-wide angle camera sensor with an aperture of f/2.4 and 123° of Angle. The third and fourth sensors are 2-Megapixel Depth Sensor and 5-Megapixel telephoto macro lens.

On the front side, The Poco F2 Pro has a 20-megapixel Pop-Up selfie camera that can shoot slow-motion selfies. Talking about the Videography capabilities of the phone, It can shoot up to 8K Videos at 30 fps and 4K Videos at 60 fps.

The phone is powered by a 4700mAh battery, which supports 30W Fast Charging Technology. Poco Claims that the phone can be fully charged in just 63 minutes. It is available in four color variants Neon Blue, Phantom White, Electric Purple, and Cyber Gray.

The basic 6+128GB variant is priced at € 499 (Around 40,742 INR), and the 8+256GB Model will cost you € 599 (Around 48,907 INR). The phone can be purchased from Gearbest and Alixpress starting from today. Soon the phone will be available on sites like Poco.Net, Amazon, Shopee, and Lazada. We are still waiting for an official announcement regarding its release in India.