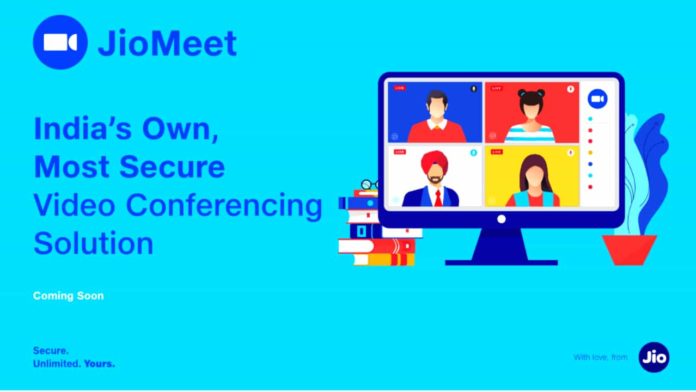 Jio has continued to compete with the currently most used Zoom, as did compete with many apps with JioTV, JioCinema, and services such as Jio Broadband. Jio claims that Jio’s video calling app would support up to 100 users to attend a call. Jio’s Jiomeet app is strangely similar to Zoom, and it has the potential to compete with other apps in the market.

The app has already launched into the play store, and there are 100,000 downloads on it already. It is also launched in the iOS app store and the windows store and available for download. One can create an instant meeting and quickly invite people to the meeting room within no time.

As per the play store description, there is no limit for the number of meetings; also, the meetings can run for 24hrs continuously. Users are free to create quick meeting rooms and start to chat; anyhow, the host can create a waiting room and restrict permission before joining.

JioMeet can be joined by only those people who are already using JioMeet. Which means, this is only invite based registration for a limited number of users. Additionally, if you want to get registered, one can write to  jiomeet.support@jio.com and get an invite. Privacy issues and security concerns have paved the way for apps like Jiomeet to enter the video conferencing business.

Parallelly, Google has launched Google meet, and a new update has increased the number of participants to 16. Google also indicated further updates need to be released, which may increase the scope for larget meetings. We may have to wait and see how the competition between Jiomeet and Google meet would progress.