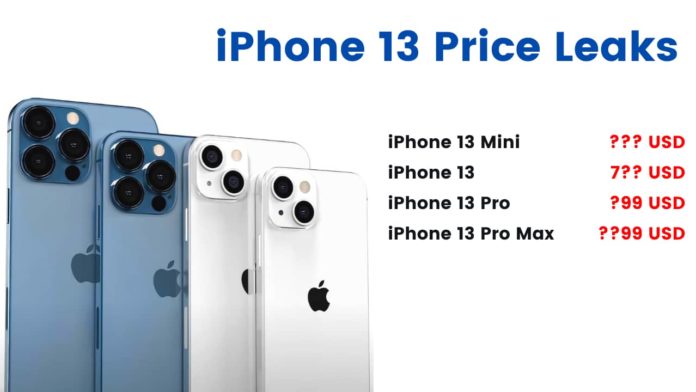 Apple iPhone launch event is considered as one of the most awaited launch events of the year. The tech giant has announced the launch event details. As predicted, upcoming iPhone 13 Series phones will be launched on 14 September at 10 PDT.

Just minutes after the event announcement, Apple fanboys and techies worldwide started tweeting about the same. #AppleEvent was trending on top in the trending section of Twitter.

Today we will be covering a round-up article on the upcoming iPhone 13 Series phones. As per the rumors and leaks, It has been confirmed that Apple is planning to unveil four new iPhones under its iPhone 13 lineup.

How Many iPhone 13 Phones Will Be There?

As per the leaks, Apple might announce at least four new iPhones. The upcoming iPhones would be named iPhone 13 Mini, iPhone 13, 13 Pro, and 13 Pro Max. Apart from these phones, Apple could launch the Apple Watch Series 7 at this event.

Wanna know what’s next? Tune in on September 14 at 10 a.m. PDT for a special #AppleEvent.

Tap the ❤️ and we’ll send you a reminder on event day. pic.twitter.com/GJUsLc9cuJ

Last year iPhone 12 Mini was a huge success for Apple. Due to the 12 Mini, Apple has managed to attract new buyers in the mid-range segment. Users have huge expectations from the upcoming iPhone 13 Mini.

Talking about the design, iPhone 13 Mini will have a smaller form factor. The phone would come with a 5.4-inch OLED panel. The main upgrade on the 13 Mini will be the cameras; it will feature a diagonal dual camera setup on the backside. To improve your photography experience, it will ship with Astrophotography mode.

iPhone 13 will have a slightly larger display as compared to iPhone 13 Mini. It will have a 6.1 inch OLED display with a smaller notch at the top. The phone will be packed with 3096mAh of battery which supports 25W of fast charging.

The Pro variants of the upcoming iPhone 13 lineup will carry best-in-class features and hardware. Beginning with the display size, the new iPhone 13 Pro and iPhone 13 Pro Max will have 6.1 inches and 6.7 inches panels, respectively. Notch size has been decreased on both these models. Always-on display, 120Hz refresh panel, and HDR 10 would be present on these phones.

Both the Pro models will have a similar set of camera sensors on the panel’s backside with the same triangular design. iPhone 13 Pro is expected to ship with a 3095mAh battery, whereas the iPhone 13 Pro Max might come with a 4325mAh battery. Both smartphones will support fast charging technology of up to 25W.