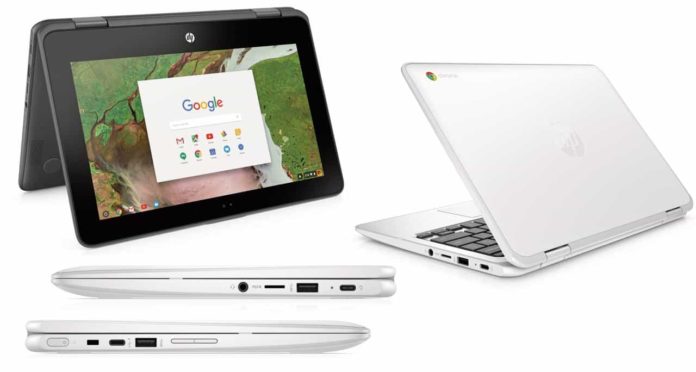 Laptop and PC manufacturing company HP has released their latest HP Chromebook in India which is priced at around INR 44,990. The new chrome book is named as Chromebook X360, which is powered by Android, and one can download apps through Google Play store.

The users will also get a 2 GB of 4G data daily through the JioFi device worth Rs. 999, which comes as complementary. There is also an Rs. 35,000 worth Meritnation education package which comes as complimentary. This brand new Chromebook comes in Cold Blue and ceramic white colour variants.

This Chromebook is foldable in four modes such as Tablet, Tent, Stand and Laptop version. The user can switch the Chromebook across different variants as per convenience. The laptop is powered by Intel i3- 8th generation processor along with a 14-inch display with a resolution of 1920X1080 Pixels.

When it comes to storage, Chromebook X360 has a 64 GB SSD memory and 8 GB RAM. It has also been equipped with 3-cell with 60WHr capacity which can run for a long time accomplishing all tasks such as Working, playing, watching movies or editing. The touch screen capability is another plus for the budget Chromebook that ticks all boxes in the segment.