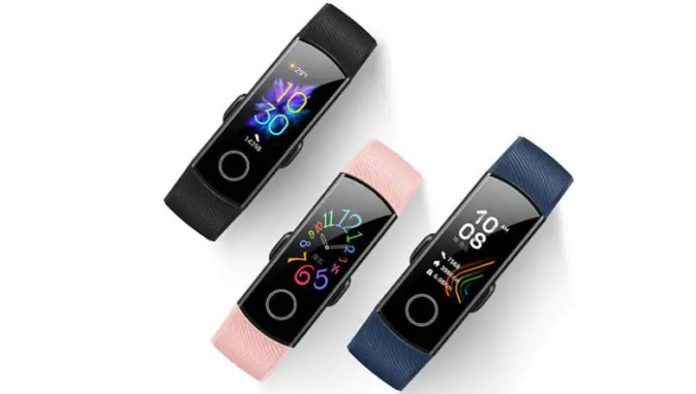 Honor has been aggressively launching its range of wearable products and from quite some time and is competing with its Chinese rival Xioami. Earlier this year Honor has launched Honor Band 4 in the smartwatch/band segment, and recently they came up with the next version of Honor band.

This latest Fitness tracker Honor Band 5 is equipped with an AMOLED display which is the very first of its kind feature in Fitness bands. Another important feature Honor has adapted is, ‘watch faces’ feature, which is customizable. This feature is present in expensive apple watches, and Honor seems to bring a rich feature in their affordable brand of smartwatches. Similar to many other smart watches, Honor Band 5 comes with efficient Heartbeat sensor, Steps counter, Sleep monitor, Distance Monitor, Calorie tracker and exercise mode detection.

Similar to its older version, Honor Band 5 is also a color display and it is also water-resistant up to 50m. The AMOLED display has the density of 240 x 120 px. The lithium polymer battery gives a battery backup till 14 days upon a 1.6 hours of charging. Honor Band 5 is priced at INR 2,599 which is quite affordable for the features it has from the brand.

The band 5 comes in three color variants such as coral pink, midnight navy and meteorite black. The Band 5 is already in India market available through Flipkart and one can grab it for the freedom sale offers which is currently live.