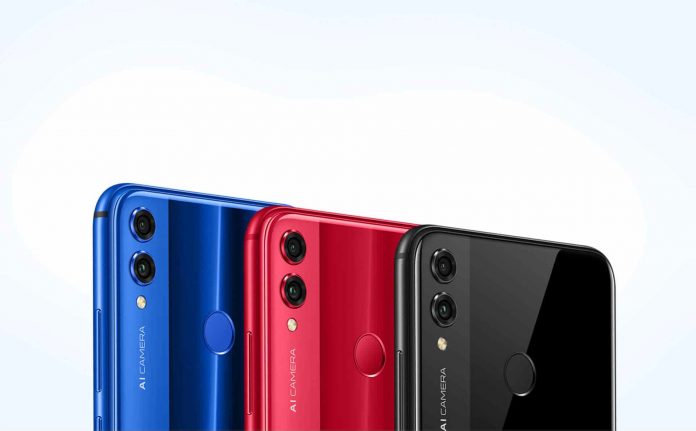 Honor is known for their best and premium design smartphones. They know they’re the user’s so well that their every new smartphone set’s up a trend and that’s what makes them unique.

After the unbeaten run of Honor 6x and Honor 7x in India. Honor is planning to release their new smartphone the Honor 8x in India today. Big battery, Latest Processor and Slim form factor ate few highlights of this new smartphone. It’s a mid-range phone from Honor which will be a fierce competition for smartphones like Xiaomi Mi A2, Nokia 6.1 Plus and Realme 2 Pro.

Honor has already released this new beats called Honor 8x in China on 5th September. It’s priced at 1499 Yuan in China which translates to 15,700 INR. However, looking at the past few phones, you can expect a price tag of around 15,999 INR in India.

Honor 8x sports a 6.5″ inch Full HD Plus display with a 19.5:9 aspect ratio. It runs on a HiSilicon Kirin 710 octa-core processor which is based on 12nm process. 2GB RAM & 16GB of internal storage is present on Honor 8x. The internal storage is expandable up to 256GB via an external Micro SD Card.

To improve your smartphone photography experience, There is 20+2MP dual camera setup on the back, and for selfies, there is a 16MP front camera with f/2.0 aperture with HDR support. You can record up to 1080p videos at 30fps.

A non-removable 3750mAh battery powers the phone. Compared to the previous generation of smartphones the 3750mAh battery is a huge deal. As far as software is concerned Honor 8x runs on Android Oreo 8.1 and EMUI 8.2 on top of it.

The new Honor 8x is 7.8 mm thin and weighs around 177g in Weight. Following sensors are present on the 8x, Ambient light sensor, Proximity sensor, Accelerometer (G-sensor), Compass, Gyroscope, Fingerprint Sensor (on the back). It is available in Black, Blue, Red and Pink Colour variants.

Stay Tuned With Us; We’ll Soon Update Other Important Information Regarding this smartphone on this page.