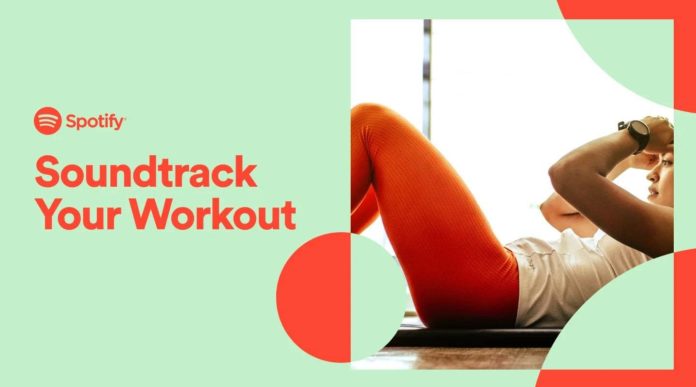 Spotify is the leading music streaming service currently with millions of users. Spotify is well known for its vast collection of songs and, more importantly, in providing customized music experience.

Spotify is adding another feature of personalizing playlist, especially for those people who like to listen to songs as per their tastes. Although, there is a weekly discovery option for creating playlists as per the user’s listening pattern. This is actually an automatic playlist that generates weekly, unlike this new feature.

The new feature builds workout playlists, which are developed based on a small survey taking by the users. Users are taken to a microsite within the app called ‘Soundtrack your Workout.’ For this, users need to answer a few questions. The survey analyses the answers and matches them with your music taste.

Thus, it creates a playlist, especially for your workout sessions. Spotify says, there has been an increased number of users who are using Spotify for workout music.  Particularly during this pandemic days, there have been increased interests for workout music. It has also been observed the majority of users are between the ages group of 18 to 29. During this lockdown period, users have created more than one million workout playlists.

The need to stay active has been recognized well by the users amid tough situations. Although there are default workout playlists in Spotify, it could not match the taste of every user. That is why the survey would come handy in helping users to choose what they like to hear.

Customization is the selling point for Spotify, and that is the reason why they have millions of users across the globe. This new feature would make the users once again like Spotify for the personalization of playlists as per the theme. An important point to be noted is that, if you have multiple users on the app, the experience of personalization would be less accurate.