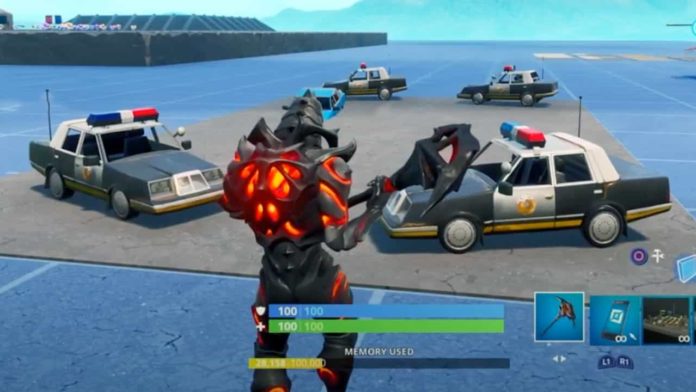 The slogan of ‘Blacklivesmatter’ has gone far enough as many companies started to show their support to the moment. Big companies such as Apple and Google have released official statements about the protests in support of it.

Slowly, gaming companies have started to show their support to the protests. In the same trend, Fortnite has surprised everyone with their way of protests for ‘Blacklivesmatter,’ and it has shocked everyone.

A few days back, it was observed in the game that There area is missing “Police cars” in it. The game contains many vehicles in it, where police cars are one among them. Removal of police cars seems to be a move by the gaming developer to remove insensitivity.

Similar moves were made in the Call of the Duty, game where there was a slogan of “Balcklivesmatter.” on the loading screens. Also, in the game Destiny 2, they have arranged a live event to support the #blacklivesmatter movement.

But, various sources and game enthusiasts, say the removal of police cars comes as a weird move. It looks like EPIC has worked with the Fortnite developers to remove the police cars. The presence of the police cars seems to be considered as insensitive in regards to the recent incident. Epic has chosen a less aggressive move like other developers, but it is a bit strange to see this change.

Earlier, the impact of the Balcklivesmatter slogan was on the gaming industry too. Sony has postponed its launch of PS5 in June to show support for it, as this is a matter of emotions linked with the George Floyd incident. We should have to see till when Fortnite would continue to remove police cars as a sign of insensitivity. We don’t know how this new change in the game would impact the game.