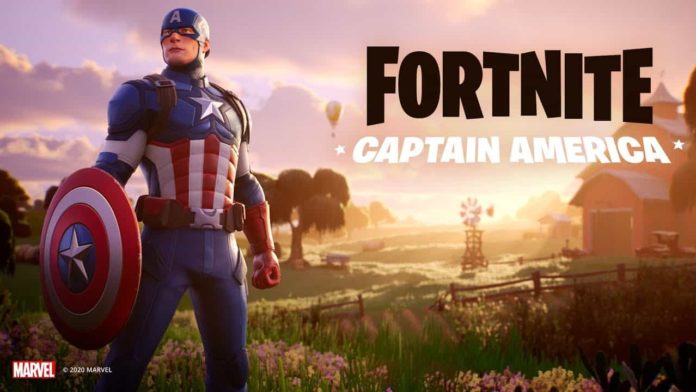 Games has announced yet another Marvel crossover with its battle royale game ‘Fortnite.’ This crossover came to celebrate America’s independence day on July 4th. Although this is a crossover of patriotic themes, Epic games already did Marvel cross over in the past in Fortnite characters.

In the last season, Fortnite has added Deadpool as an unlockable character feature. Also, there was an addition of Black widow and Star-Lord as crossovers. There was also an Avengers: End Game crossover that featured using iconic weapons from the Avengers and also the role of Thanos. This seems to be working well for Marvel as they are trying to unwrap more crossovers.

This Captain America skin was announced by Epic Games on Twitter for a limited time to avail. This announcement was made for the 4th of July weekend to celebrate the event of the US.

The in-game skin is available for 2,000 V Bucks, which costs around $ 20 USD roughly. The iconic Captain America’s shield is available, which is placed at his back. It will stay at his back until it is used as a pickaxe by the character. It would be overall fun for Fortnite fans and Marvel fans.

The latest, Fortnite season 3 has seen many crossovers and taken the new season map by a storm. Also, there is an addition of DC’s Aquaman, who joined alongside John Wick and start wars. Fortnite is featuring one of the biggest crossover events, and it seems it is going to run for a long time.