Apple watch has literally saved the life of an old man and the story is going viral all the way on the internet. Apple watch has the technology to detect any sudden fall or physical damage following which there would be an alert sent to family, friends and also ambulance at the same time.

The technology was only in the talks and no one actually saw the real help it would do. But, it was proved very valuable in an incident that happened in the US, where the apple watch has ‘detected a hard fall’ and informed to ‘911’, soon after the ambulance arrived and took him to hospital.

A facebook user Gade Burdett, was about to meet his dad for mountain biking. But even before he met him, a notification came from his dad’s Apple watch about a hard fall. His dad actually flipped and hit his head in the process, and his Apple watch was damaged in the process too. This fall triggered the watch to send emergency notifications to family and also the ambulance and bring him medical assist in a very short time.

Gade Burdett shared his happiness for the technology which helped to save his dad, actually it helped to find his location for the EMS services. He posted a picture on twitter with his dad’s broken Apple watch and also his injury on head and thanking the technology. This post from Gade Burdett has gone viral with 4.6 Lakh shares and 5.2 Lakh reactions as soon as he posted it. 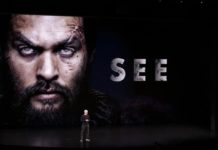