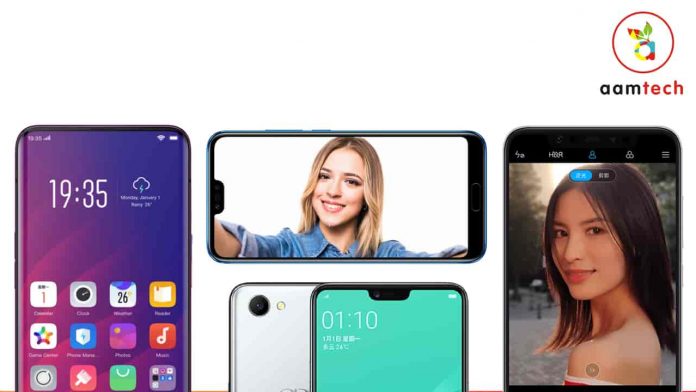 The use of smartphones in last few years increased at a humongous rate. Every day we see new phones releasing across the world, but there are very few smartphones which attract us.
But this was the best month for smartphone enthusiasts, and We saw some fantastic phones this week as well. So let’s talk about the best smartphones released this week.
#Oppo Find X:

After the mind-blowing success of the Vivo Nex S and Nex A, Vivo introduced Y81 in Vietnam this week. Just like any other smartphone this year, Y81 Sports a notch on the front. It’s a mid-range smartphone from Vivo which comes with a MediaTek Helio P22 Octa-Core Processor clocked at 2.0 GHz.

Panasonic is quite famous in the offline market of India they have their few loyal fans who prefer their smartphone. This week Panasonic released their new smartphone P90 in India. It’s a budget range smartphone with worst hardware.
You can make this smartphone yours in just 5,599 INR. Even for this price tag, it looks deplorable compared to other phones at this range.
#LG Stylo 4:

The most preferred electronic appliances brand LG has a very loyal customer base. Just keeping those user base in mind, Lg Stylo 4 was released this week. It’s a mid-range smartphone from LG with a so-called small notch on top front.
Well, that’s it for today if you have any questions regarding your phone you can ask us. Just post your queries in the comment sections below.