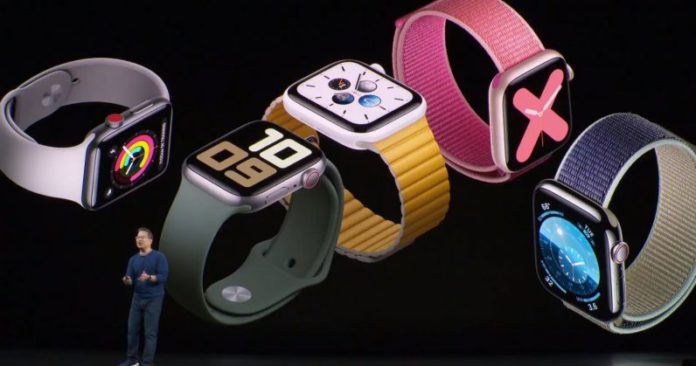 Along with the global event launch for iPhone 11 and TV streaming service, Apple has launched ‘Apple watch series 5’. The latest watch series would be having the latest OS version of Apple which would be Watch OS 6 and there are major changes compared to their last year Watch Series 4.

Apple claims that the Apple Watch is the most advanced smartwatch in the world with advanced features. The Apple watch series 5 has an ‘Always on’ display which shows important notifications along with time on it all the time. The LTPO display powers the new Apple 5 watch series with a screen refresh rate between 60Hz to 1Hz, it varies as per the power consumption dynamics.

It is bundled with few sensors such as an Ambient light sensor, power driver, an integrated management circuit. The advanced technology in the new apple watch allows giving a long-standing battery life up to 18 hours. There is also a new compass app coming as well in the new watch that shows exact geolocation with latitudes and longitudes.

There are other new safety features such as fall detection, emergency calling, medical ID and also a feature of emergency calls for around 150 countries having those numbers. The new watch is available in the colors of Black, space black and gold.

When it comes to pricing, The GPS version of the Apple 5 watch starts from Rs. 40, 900, whereas the GPS and cellular variant are priced around INR 49,900. But the availability of Apple watches in India did not get any announcement date yet.