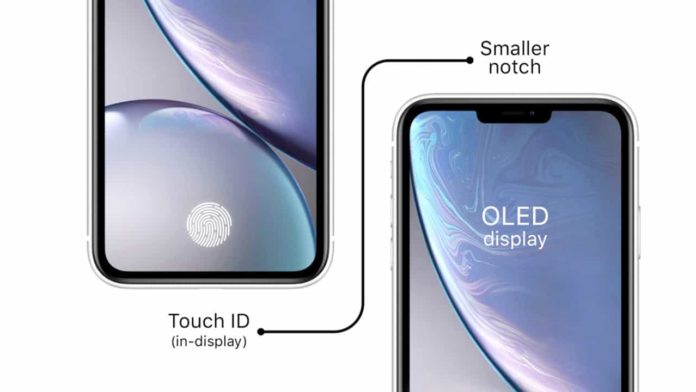 As per the latest reports, Apple might use the on-screen fingerprint scanner for the upcoming iPhone 12 series for the first time in their phones. This feature is a first-time addition for Apple iPhones, although they have been working on this for years and have a patent too.

Currently, the on-screen fingerprint sensor has been the most common feature among Android phones. It was launched as a flagship feature one year back by Vivo, and now it has become a new standard among mid-range android smartphones.

From the advent of introducing Face ID technology, Apple has brought innovation at a great level. But due to the prevailing situation of COVID-19, wearing masks has affected the Face ID feature severely. Now, the users of the iPhone miss the old feature of Fingerprint screen-lock, which seems to be far better than face unlock.

Although the problem of wearing a mask to use face unlock with the COVID-19 effect, the latest update has solved the problem. As per a report, Apple is using this feature, keeping the Apple card in the future. The apple card is going to have the fingerprint feature, and people from France and China are interested in such a featured card.

It is highly likely that Apple may let Face ID and a Fingerprint sensor features to co-exist. But if only, Apple feels they want to clear some space off the notch, Face ID might be removed. But, there is no confirmation yet about this feature and what would Apple do with this feature in the iPhone 12 series.