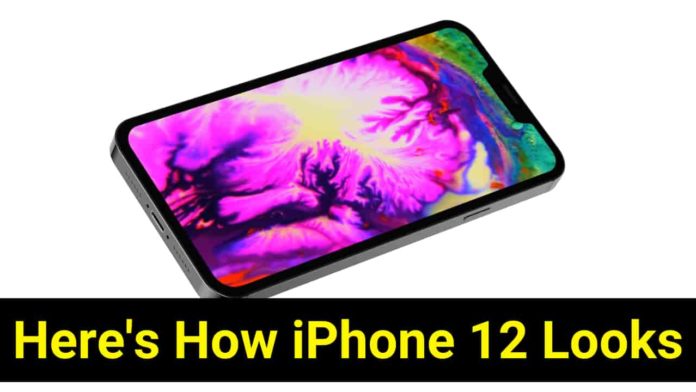 As per rumors, Apple is coming up with four variants of its 2020 iPhone, and details of a few are already out. But the latest leak suggests that iPhone has another compact option similar to it’s iPhone 4, iPhone 5 model with a 5.4-inch display. The leaks also suggest that Apple has decreased the phone size and brought back their boxed model for the phone shell. This phone might be placed just above the newly announced iPhone SE (2020) due to its compact size.

The display is evident to be used OLED display, anyhow the resolution of the screen is not yet known. Also, there is FaceID detection technology, and the home button of the iPhone seems to have been given a miss. The dual-camera setup on the iPhone comes with a 4GB RAM. The new A14 Bionic SoC is going to power the iPhone for powerful performance

The launch date of the new iPhone 2020 is nearing, and leaks have been increasing about the upcoming models. Many features were leaked already by now, giving an idea about the new iPhone models and their features. The latest renders about an unknown compact model of the iPhone 2020 have raised some interest in the features.

Interestingly, the new compact model of the iPhone has retained its notch design. The notch design has drawn a bit of dissatisfaction among many of the users as it may consume the screen space at the top. Apple still chooses to go with the notch design, which they have been doing it since the launch of the iPhone X.

More features about the phone are yet to be revealed along with pricing and launch date. We might need to wait for further leaks or any new announcement by the Cupertino phone maker to compete with other flagship models.