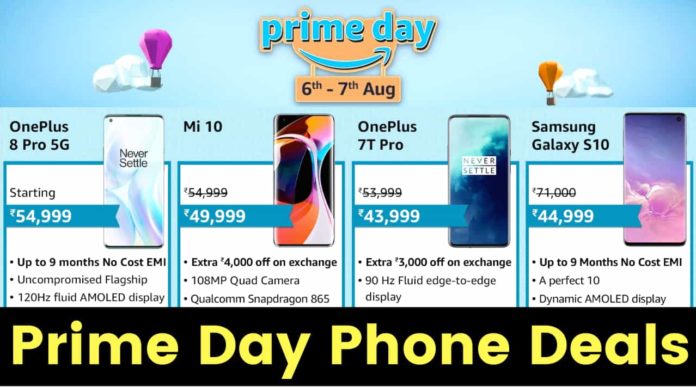 Every year Amazon arranges a separate sale named as Prime Day for its loyal Prime users. Amazon Prime Day sale usually takes place in July but this time due to Covid-19 Pandemic Amazon had to push the sale dates to August.

This year’s Prime Day sale will be held on 6th and 7th August on Amazon India. Amazon has been teasing about the upcoming prime day sale since last few weeks. Prime Day week has already begun, and Amazon has released various Movies and Shows on its Prime Video streaming platform.

Amazon has partnered with HDFC Bank, HDFC Debit Card and Credit Card holders will get additional 10% Instant of discount. Instant discount will be provided on No Cost EMI transactions as well.